3-Star Content Marketing: The Innovation Behind the Michelin Guide

When you hear the word “Michelin,” you probably think about the company’s logo, the waving man with a friendly face and a body made of tires. But the company, which has been around since 1888, does much more than sell wheels. It’s also the foremost authority on quality food, thanks to its renowned guides and the content within them.

was conceived in 1900, 12 years after brothers Edouard and Andre Michelin founded the company. It served as a hotel and restaurant pamphlet that detailed travel destinations for the 2,500 drivers in France at the time. Being the innovative content marketers they were, the brothers thought that the more they promoted driving, the higher their tire sales would be. 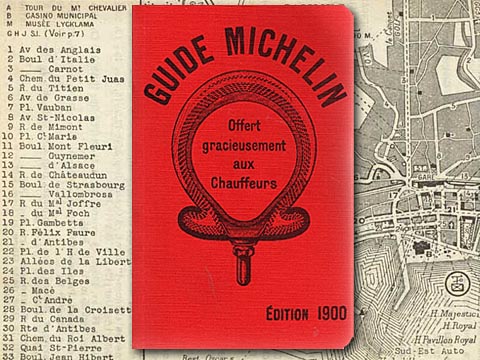 Since it was first concocted, The Michelin Guide has grown exponentially, and chefs and restaurateurs in 24 countries around the globe seek its approval. It is now a series that comes out every year and showcases dining establishments in countries in Europe, Asia and the United States. In 2015, South America will receive its first guide (for Brazil).

“People enjoy fine things, and Michelin is one of the best of the premium tires,” says Tony Fouladpour, director of corporate public relations. “Many times people that enjoy the finer things in life, like upscale dining and so forth, also enjoy fine cars and want the best tires. The guide is an image boost for us.”

There are a few types of guides: the Red Guide, which features over 45,000 hotels and restaurants in places like New York City, France and Hong Kong; the Must Sees Guide, which gives travelers a 24-hour schedule in different destinations; the Green Guide, which includes travel tips from local writers living in various towns, and the Special Projects Guide for Yellowstone National Park. 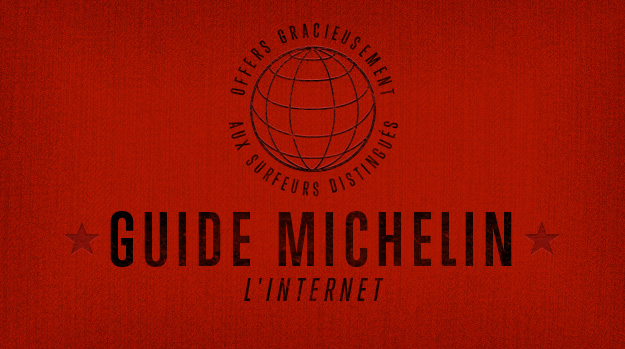 The content inside of the guides includes pictures of the destinations and menu items, along with accompanying text, prices and contact information. The most coveted rating for a restaurant is three stars, which means that it’s exceptional. It is a huge honor for chefs, and leads to an increase in revenue for the ranked eateries. Even receiving one star is credibility in the foodie world.

The writers and content creators for Michelin’s restaurant review division are extremely secretive. The inspectors, who eat at and rate the restaurants, are urged not to tell anyone, even friends and family members, about what they do. They also aren’t allowed to talk to journalists. But seven out of the eight inspectors are now tweeting, revealing little tidbits about what they think of the restaurants they visit. Fouladpour says this is a marketing tactic designed to appeal to a wider audience and generate excitement about the guides.

“There are guidelines to make sure [the inspectors] don’t disclose too much personal information on Twitter,” he says. “They try to be careful not to give any clues about which restaurants they might select and what their rating might be.”

On the @MichelinGuideNY stream, the nearly 38,000 followers can read about the inspectors’ meals around the city. There are tweets about the cuisine at a Manhattan-based spot (“The birria taco at Tacos Morelos was the highlight of a #EastVillage #taco binge that incl. carnitas @OttosTacos & al pastor @taqueria_diana) and a note about one restaurant’s failure to impress (“Maybe I should return to Mission Cantina ‘impaired’? why all the fuss? There is sensational, true Mexican in the boroughs. Stop, please”).

According to Fouladpour, the demographic for Michelin is simply, foodies. People in their early 20s and up who attend the company’s tastings and purchase the guides when they come out every year. He says, “We’re trying to reach people interested in food and people who are excited and passionate about fine dining.”

He admits that while the guides are very popular, they aren’t exactly making the company a large amount of revenue. Instead, they’re vessels that the company utilizes to reinforce itself as a leader in world-class eating and travel.

“We don’t do it to make a lot of money,” he says. “We do it because it’s tradition, and it helps the brand and its image. It’s a tool we use for the brand.”

What Marketers Can Learn from Michelin

Just because you sell tires, it doesn’t mean you have to produce content for auto-mechanics and create guides on how to fix cars. The product you sell does not define your image.

The Michelin brothers were innovative for many reasons. They not only started a highly successful company that produces premium tires, but also had the vision to think big. They pinpointed their niche audience and sold them on a lifestyle. Their legacy lives on, this time in the form of the numerous guides, tweets and now an app available for download.

When you’re a content marketer, you can’t limit yourself. Your product is only your starting point. Use it as a way to figure out who you really want to reach, and then you’ll determine how to reach them. Basically, you have to think like a Michelin.

Want more on creating great content marketing?
Of course, if you need a little help with your content, we’d love to chat.
Comments
How to Apply Good Design at Every Level of Your Organization
Free E-Book: How to Build a Long-Term Content Strategy in a Real-Time World
Introducing Column Five's First Video Game: Groove Glider
How a Divisible Content Strategy Gives You More Content With Less Work
We use cookies to ensure that we give you the best experience on our website. If you continue to use this site we will assume that you are happy with it.OkCookies policy