According to a study of data from the Bureau of Economic Analysis, conducted by the Cato Institute, compensation for federal workers is 78% higher on average than compensation for private sector employees. Federal compensation averaged $119,934 in 2014, which was 78 percent higher than the private-sector average of $67,246.

To put this in perspective, the federal government has “the fourth highest paid workers in the United States, after utilities, mining, and the management of companies.” The government pays better than information services, the financial sector, the insurance industry, and scientific industries. Federal compensation is more than double what the education industry receives, and over three times what retail workers make. 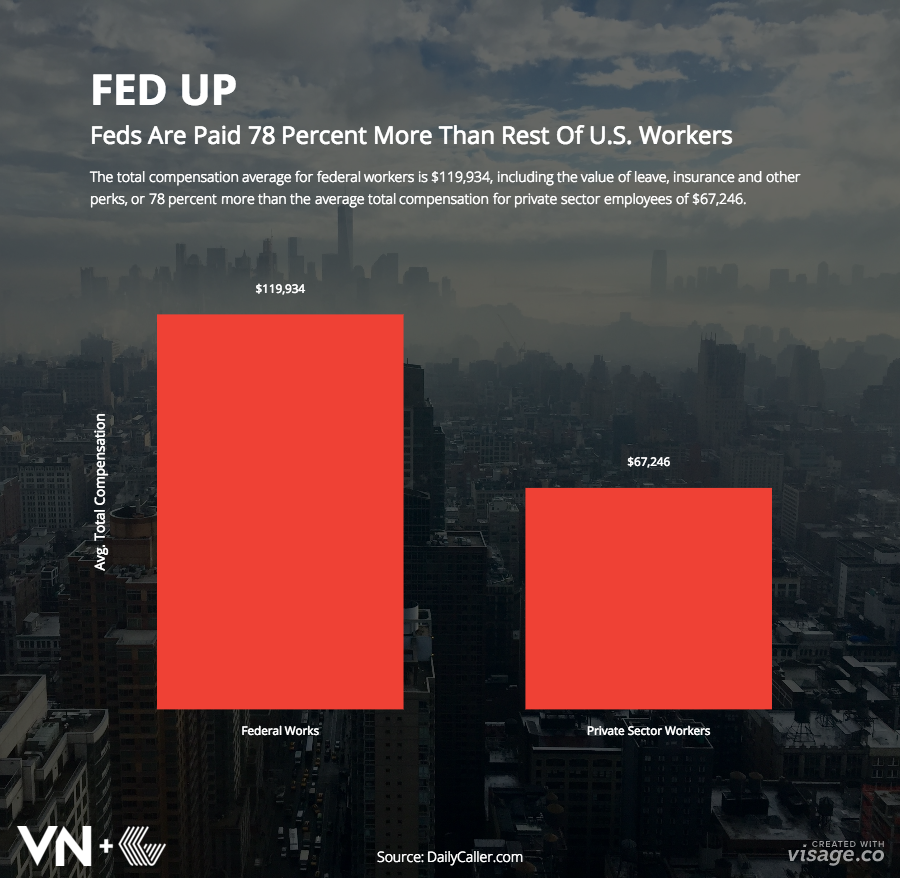