Kobe Bryant’s Career by the Numbers

Kobe Bryant just announced he’ll be retiring from basketball after the completion of the 2015/2016 NBA season. There’s no denying the legendary player’s had an incredible journey over the last 20 seasons. Not having attended college, Kobe instead came straight to the NBA after high school. After being drafted by the Charlotte Hornets, Kobe was traded to the Los Angeles Lakers on draft day and has worn Laker colors ever since. In his 20 seasons in a Lakers uniform, Kobe’s set numerous NBA records, and his name is often thrown around in discussions of the “Greatest Of All Time” (G.O.A.T.). Even if you don’t like him (likely because he single-handedly beat your team), Kobe will go down in history as one of the best players to step on the court. As a sign of closure, Kobe wrote this poem as an homage to the game and a farewell note to his fans.

From the moment
I started rolling my dad’s tube socks
And shooting imaginary
Game-winning shots
In the Great Western Forum
I knew one thing was real:

I fell in love with you.

As a six-year-old boy
Deeply in love with you
I never saw the end of the tunnel.
I only saw myself
Running out of one.

And so I ran.
I ran up and down every court
After every loose ball for you.
You asked for my hustle
I gave you my heart
Because it came with so much more.

I played through the sweat and hurt
Not because challenge called me
But because YOU called me.
I did everything for YOU
Because that’s what you do
When someone makes you feel as
Alive as you’ve made me feel.

You gave a six-year-old boy his Laker dream
And I’ll always love you for it.
But I can’t love you obsessively for much longer.
This season is all I have left to give.
My heart can take the pounding
My mind can handle the grind
But my body knows it’s time to say goodbye.

And that’s OK.
I’m ready to let you go.
I want you to know now
So we both can savor every moment we have left together.
The good and the bad.
We have given each other
All that we have.

Kobe Bryant’s Career by the Numbers

Kobe’s set a laundry list of records over his 20 season career. Here, we highlight his greatest basketball accomplishments. 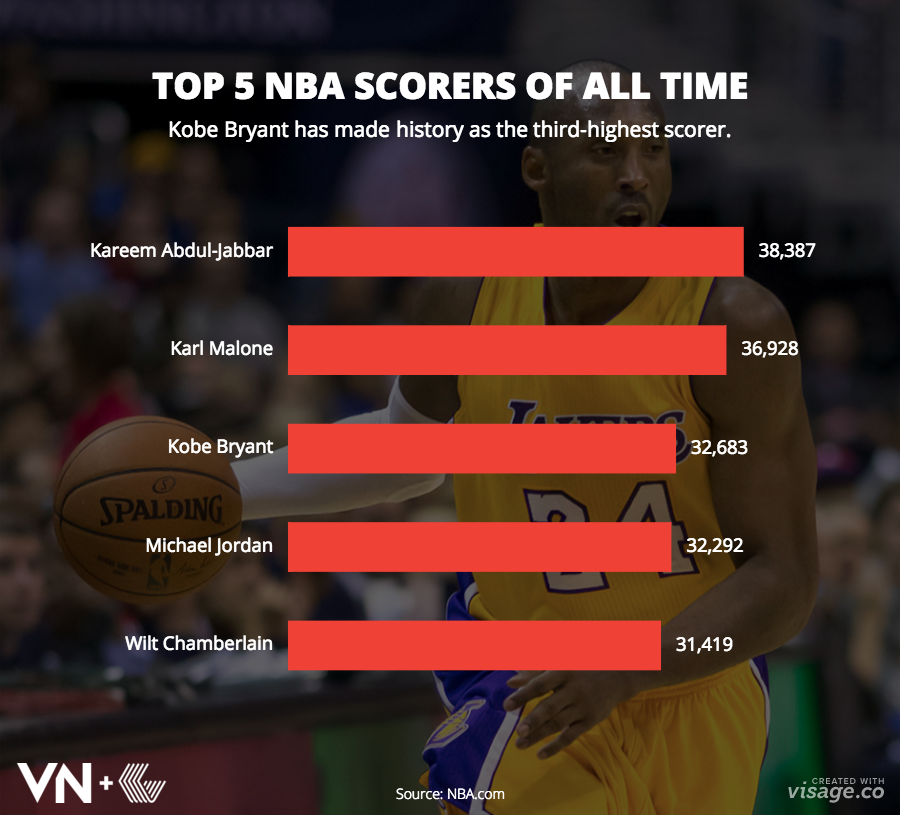 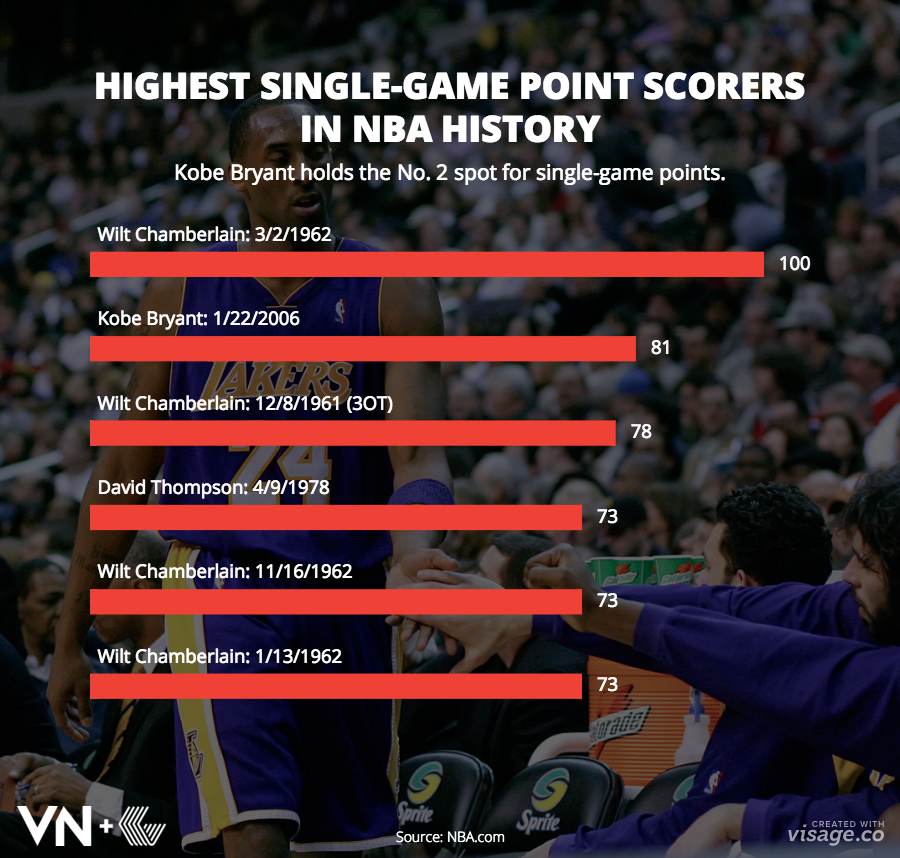 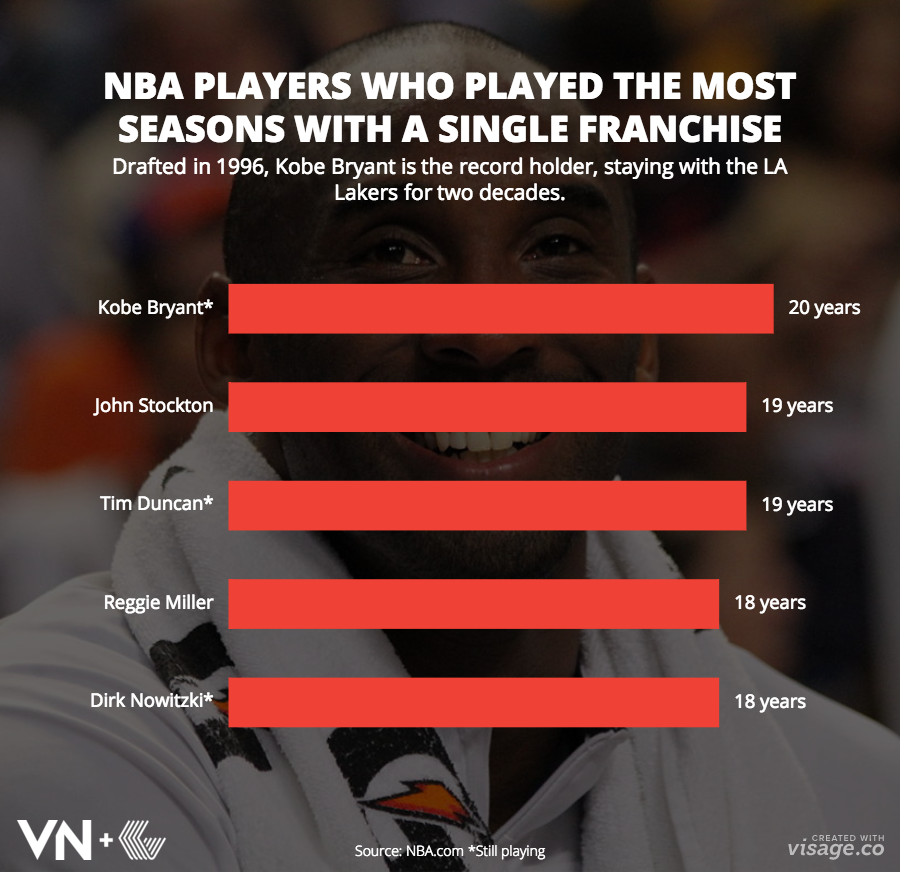 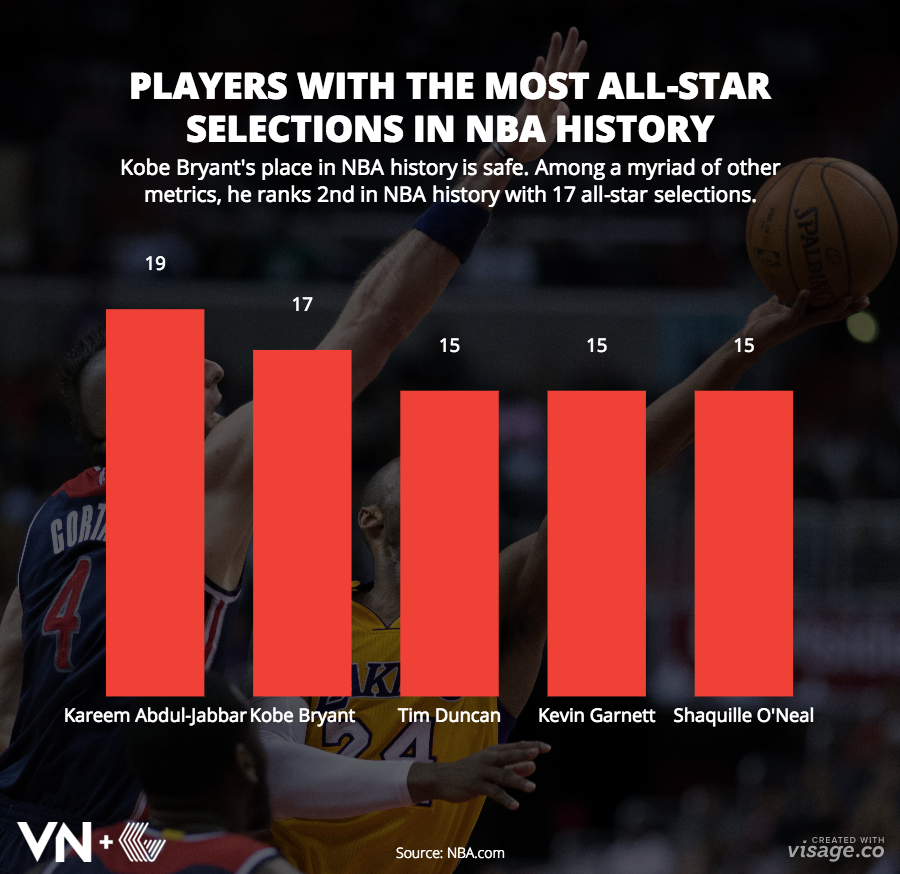 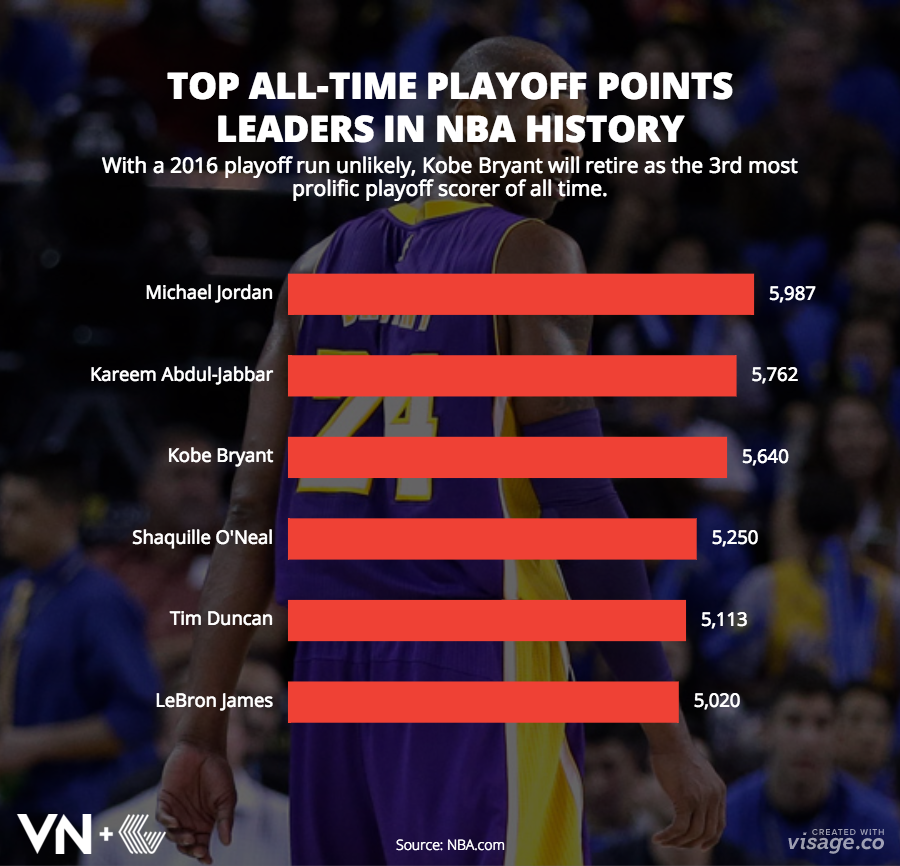