Marriage and Divorce In America: The Data

This week brought a slew of celebrity divorces: Will Smith and Jada Pinkett-Smith, Gwen Stefani and Gavin Rossdale, and even Kermit the Frog and Miss Piggy. But as we all know, divorce is not that uncommon. Over the last decade, there have been fewer marriages, yet divorces have kept pace, hovering around 44%. (You can take a more detailed look at the CDC’s divorces, by state.) 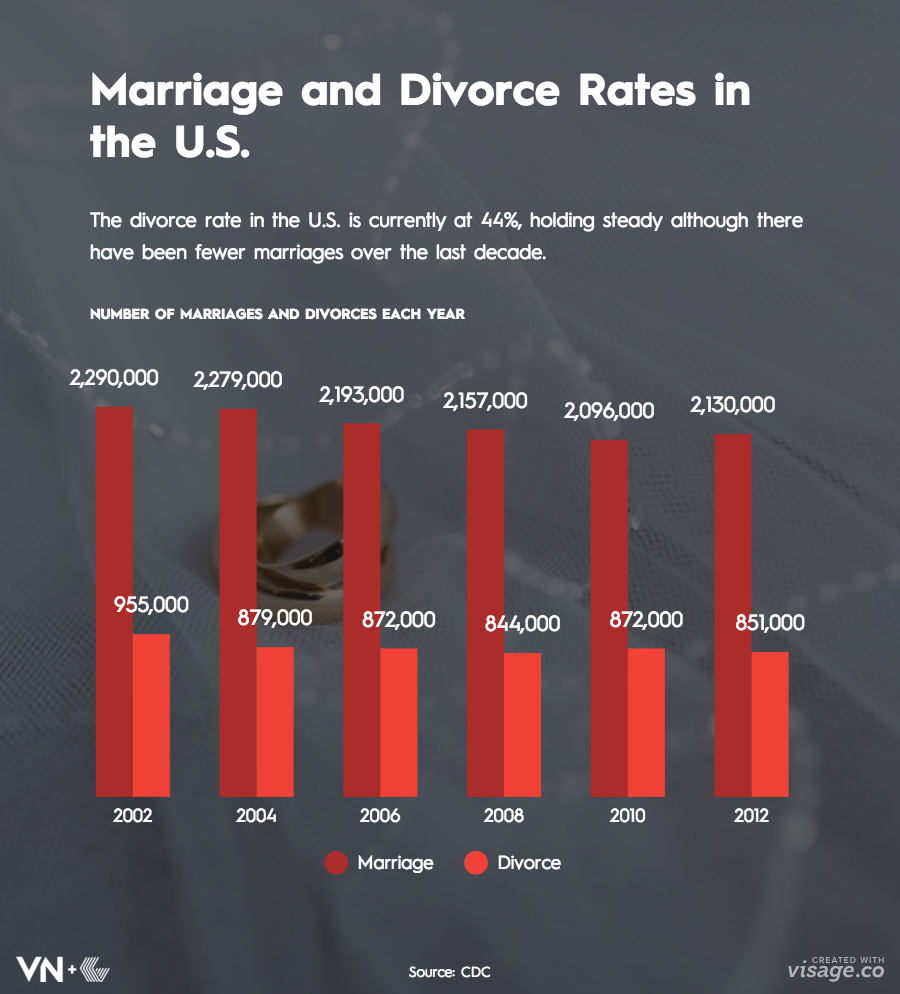 Interestingly, however, there is a record number of people who have never been married—more so than at any other time in history, according to Pew Research. Perhaps divorce rates have intimidated some. Why? According to the report:

“The dramatic rise in the share of never-married adults and the emerging gender gap are related to a variety of factors. Adults are marrying later in life, and the shares of adults cohabiting and raising children outside of marriage have increased significantly …In addition, shifting public attitudes, hard economic times and changing demographic patterns may all be contributing to the rising share of never-married adults.”

Still, that doesn’t seem to be affecting the highly profitable$51 billion wedding industry, according to the market-research firm IBISWorld. 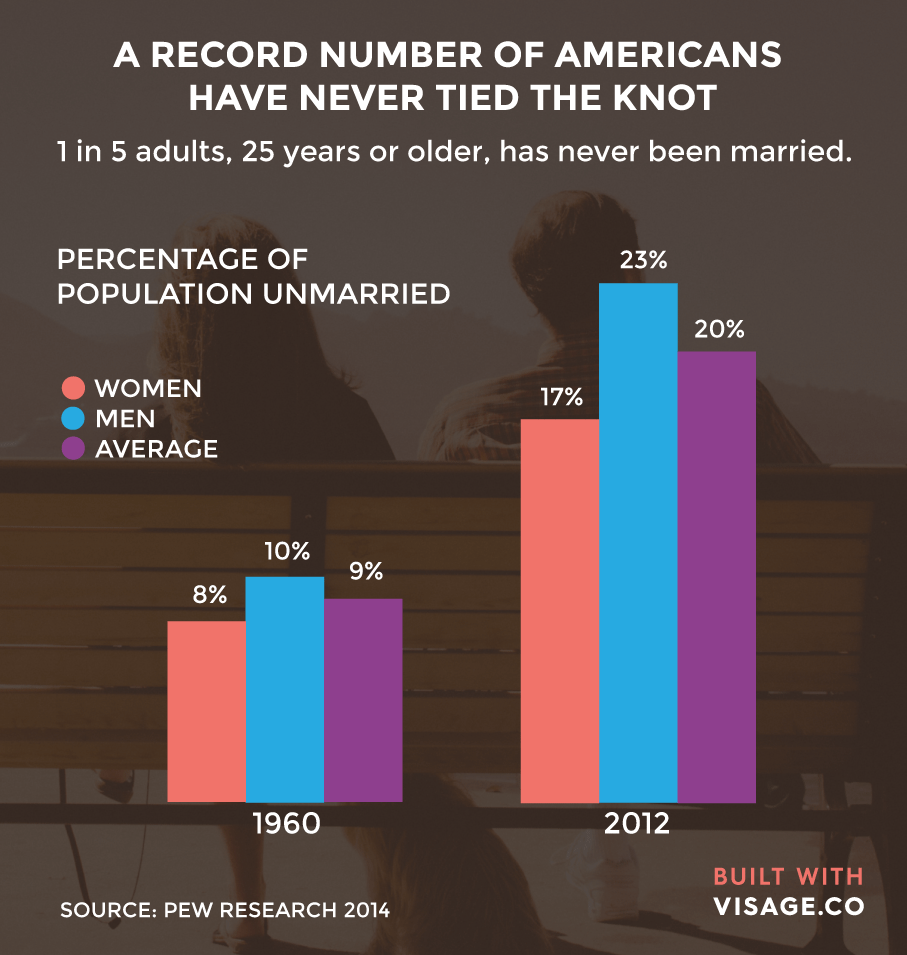