We Do Good Work With Good People Video

Every quarter, we spend one workday trying to creatively innovate something at our company—known internally as “Hack Day.” Most recently, we sought to communicate a very central brand message: We Do Good Work With Good People. It may sound a bit vague or lofty, but this phrase has become our driving force and sense of purpose. That’s why, for our most recent Hack Day, we looked for a unique way to communicate our central way of thinking. Our solution? Create an “About Us” video as uniquely creative as our approaches to all the work we do.

Here’s a little behind-the-scenes look at the making of that video.

About Us Video Concept

Conceptually, what better way to communicate “We Do Good Work” than to create a piece of creative that embodies that very essence? To represent “With Good People,” we decided to make this Hack Day a team exercise. Instead of ideating and exploring individually, we really wanted to make sure teams had a chance to brainstorm and orchestrate their own ideas of how to communicate this phrase. The result was 7 teams each coming up with a way to represent 1 of the words in the phrase. Each team was assigned a word, with full control over how to creatively communicate its meaning. We all drew inspiration from a lot of really cool examples of typography, inspiring us to create a time-lapsed video of creating custom typography. 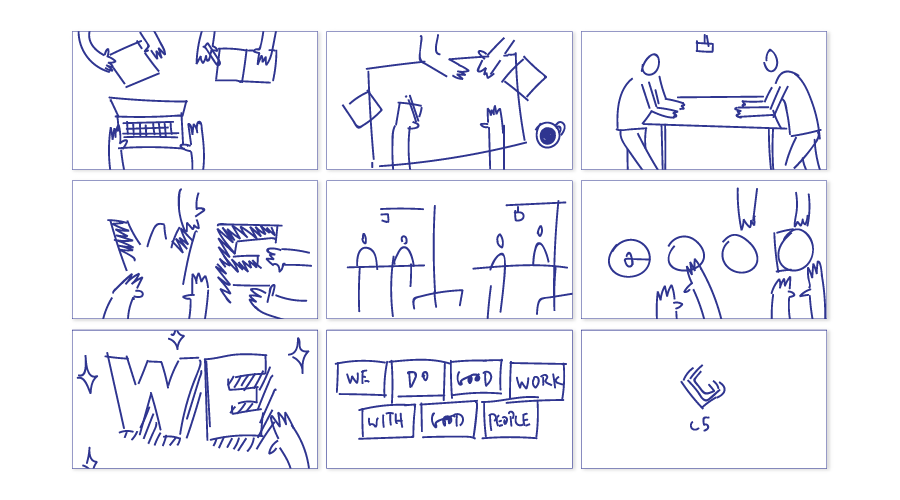 The above image is a rough storyboard of how we planned to shoot and direct this time-lapsed video.

We moved desks and standing tables around our office to create 7 workstations across the middle of our office. Each workstation was set up with a GoPro4 timed to take a picture every 4 seconds. We also used iPhones to control and display the images that were being captured by the GoPro so that we could see the exact images that were being captured by the camera in real time. Doing so enabled each team to make minor changes to their framing or setup before shooting for the entire day. 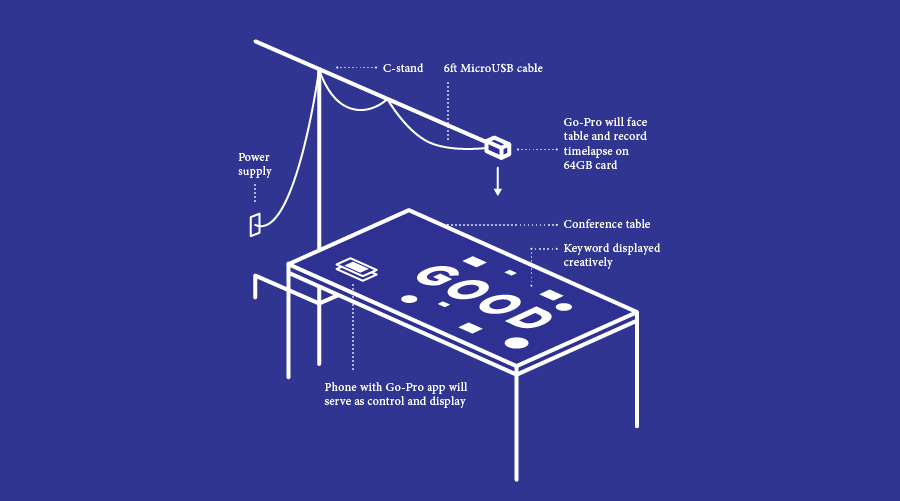 Above is an illustrated diagram of each group’s setup.

At the end of the 8-hour work day, we had thousands of photos from each work station, which we compiled into 7 separate time-lapse videos. Here’s a look at a couple frames from one workstation. 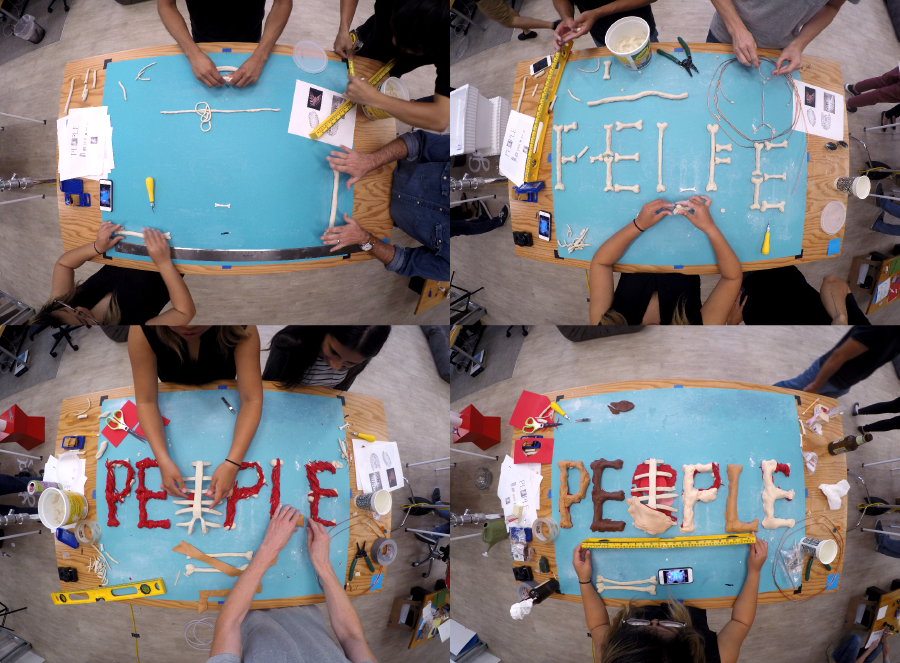 As you can see, this specific group focused on the keyword “people.”

After we compiled the photos from all 7 groups, we had the challenge of combining them into 1 singular video that communicated the phrase in an efficient way. The end result was a really cool compilation of our team’s hard work. Here’s the finished result. We hope you enjoy it.