Infographic: Americans Versus the Electoral College

In 18th-century America, when there were no formal political party structures and only a few million settlers, the Founding Fathers created a method to elect a president that made the most sense at the time: an indirect decision by the Electoral College, comprised of the most informed individuals from each state. Today, that method itself remains mostly the same, but the nation has changed dramatically — enough to question the way its leaders are selected. The primary fear among the system’s critics in this infographic created with GOOD is the possibility electing a president who was not directly chosen by the majority of people. 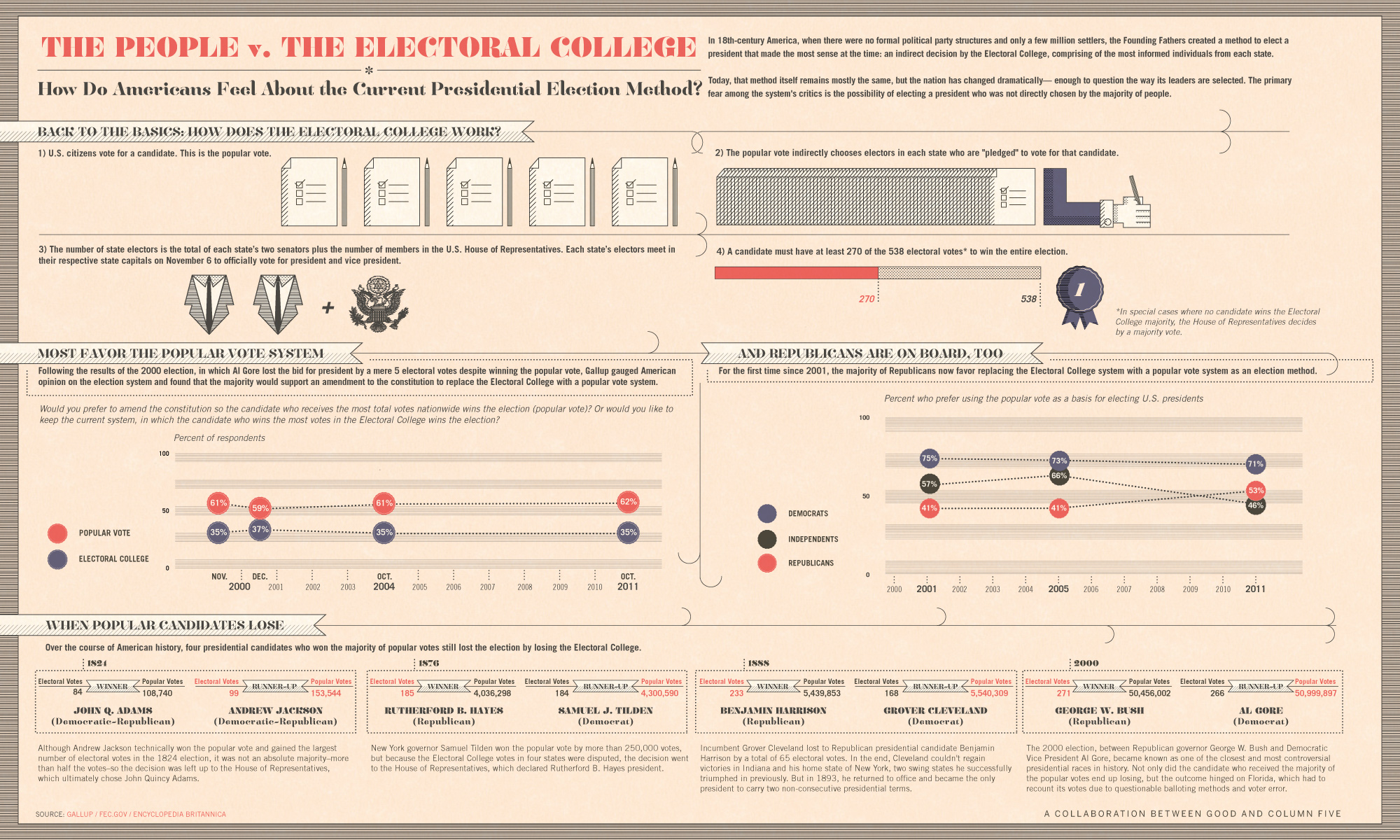