Infographic: Armed to the Teeth

Since its conception, the Second Amendment—guaranteeing the “right to bear arms”—has been one of the most controversial clauses in history. Gun supporters have invoked it to make the case for owning firearms while others have cited it to encourage more stringent anti-gun laws. Regardless, gun ownership in the United States remains strong compared to the rest of the world, and the debate over gun-rights protection versus gun control has grown more divisive than ever before. We look at public opinion in this infographic, done with GOOD magazine. 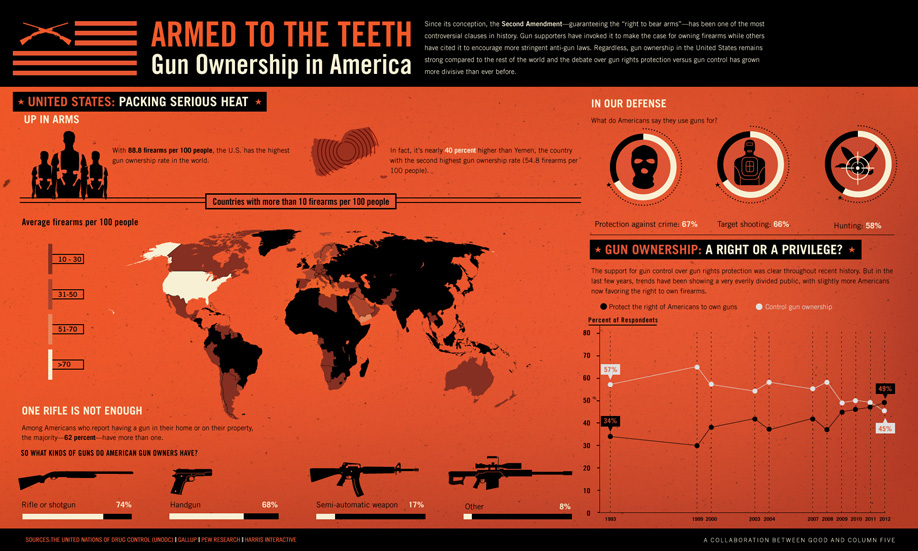