Infographic: The Size Of The Capitol Rally

From protests to rallies, marching on Washington has historically been an indicator of the nation’s political attitudes. However, the end of official crowd counting in 1995 has made finding accurate attendance figures for these marches increasingly difficult, because the numbers vary greatly among different sources. The blog Death by Media crunched the numbers based on aerial photos of the capitol mall and we decided to visualize the probable and maximum possible attendance numbers for the major rallies since 2000. We created this infographic for GOOD. 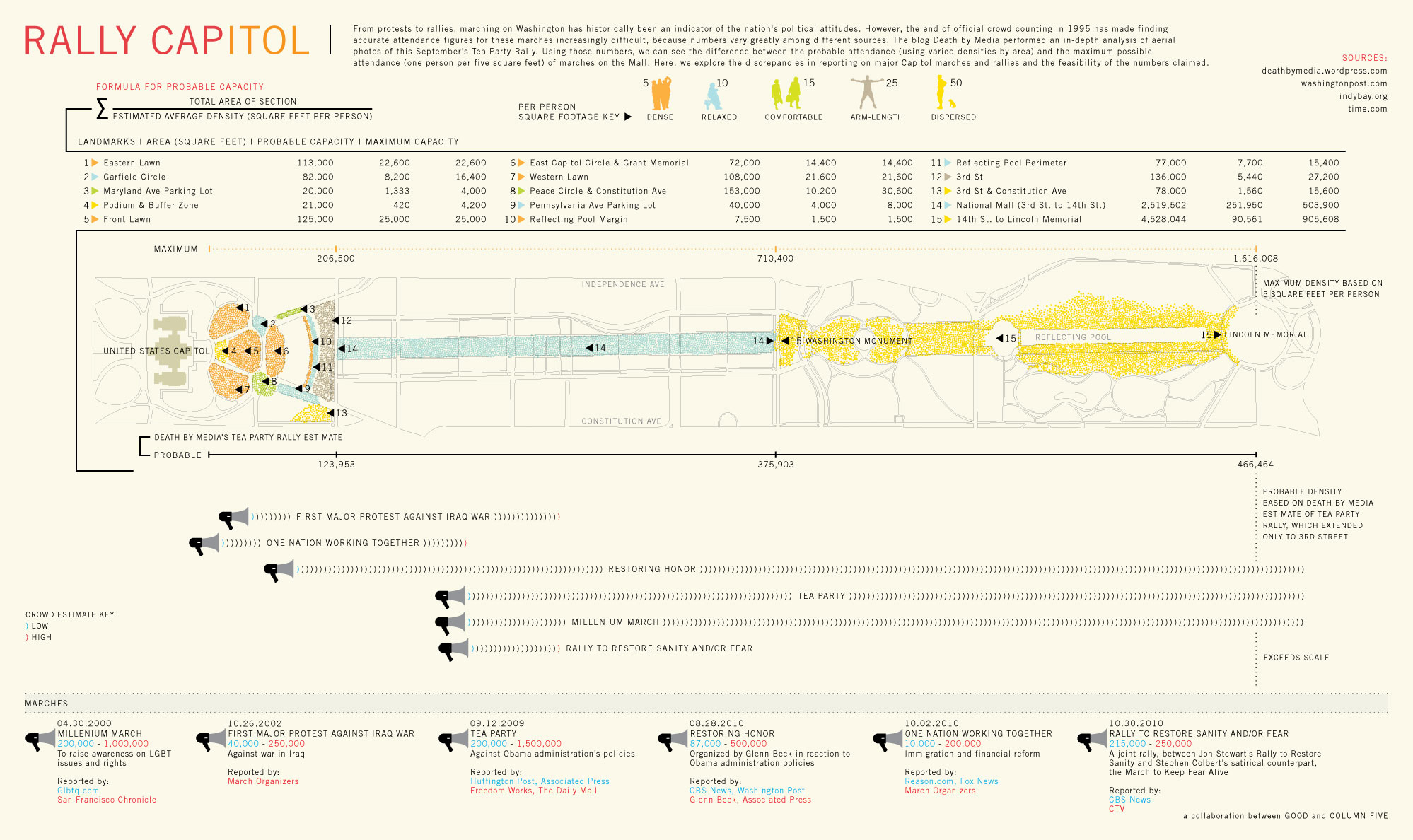