Infographic: This Is Your Teen On Drugs

For nearly four decades, the University of Michigan has monitored the prevalence for smoking, drinking, and illicit drug use among eighth, tenth, and twelfth graders in the United States in its report “Monitoring the Future.” The most recent findings in this infographic created with GOOD suggest that drug use among teens — particularly the consumption of tobacco and alcohol — is not nearly as prevalent as during the hard-partying (and DARE saturated) 1990s. 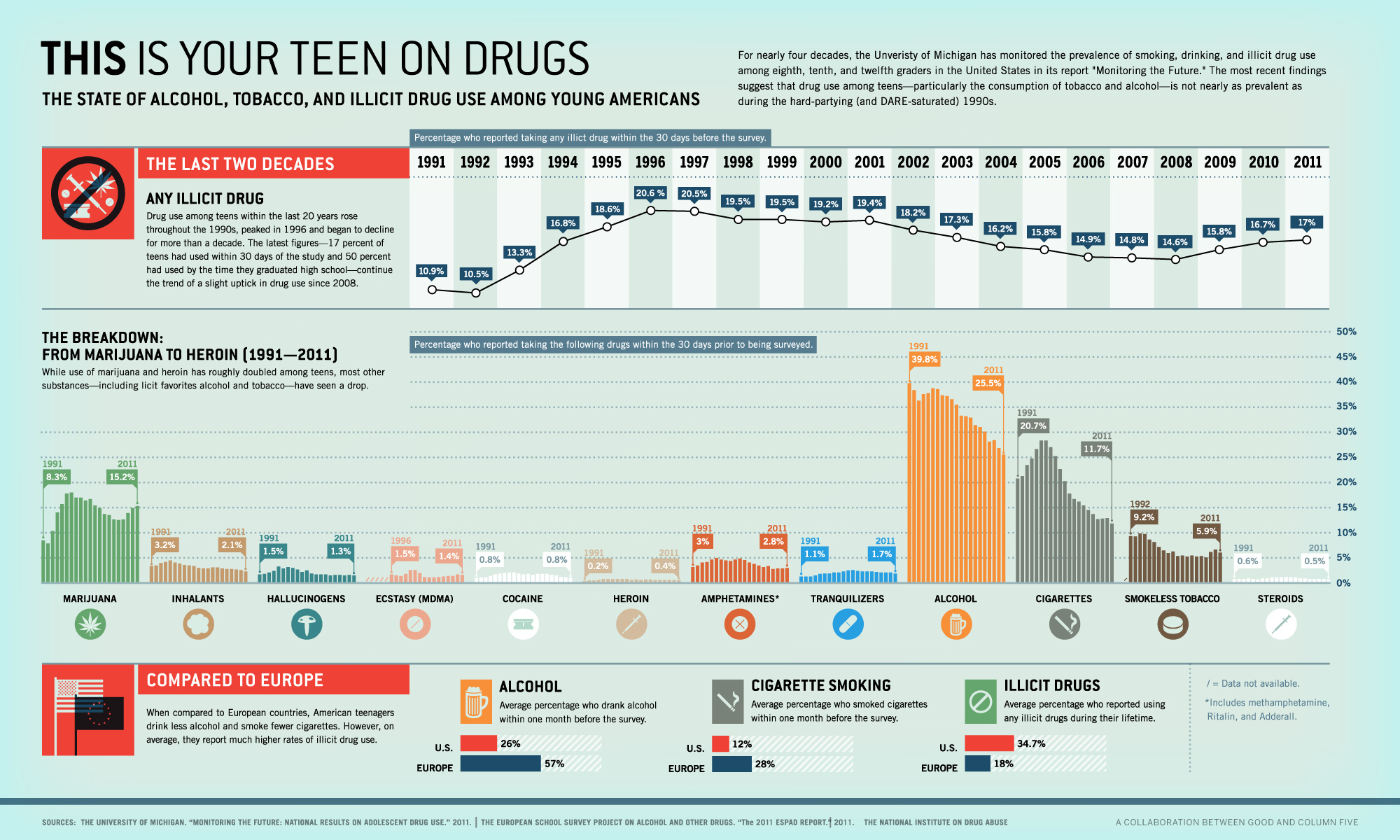