Infographic: Which Countries Are Most Reliant on Libya for Oil?

As unrest continues to mount and conflict rages on in Libya, questions surrounding the North African nation’s oil exports remain in the air. The international Energy Agency said in March 2011 that the country’s oil production has “slowed to a trickle” as the fighting has prompted international companies to halt their operations and close ports. What does this mean for the countries that receive shares of Libya’s typical daily output? Here’s a breakdown created with GOOD of which ones depend most on the turbulent but oil-rich nation. 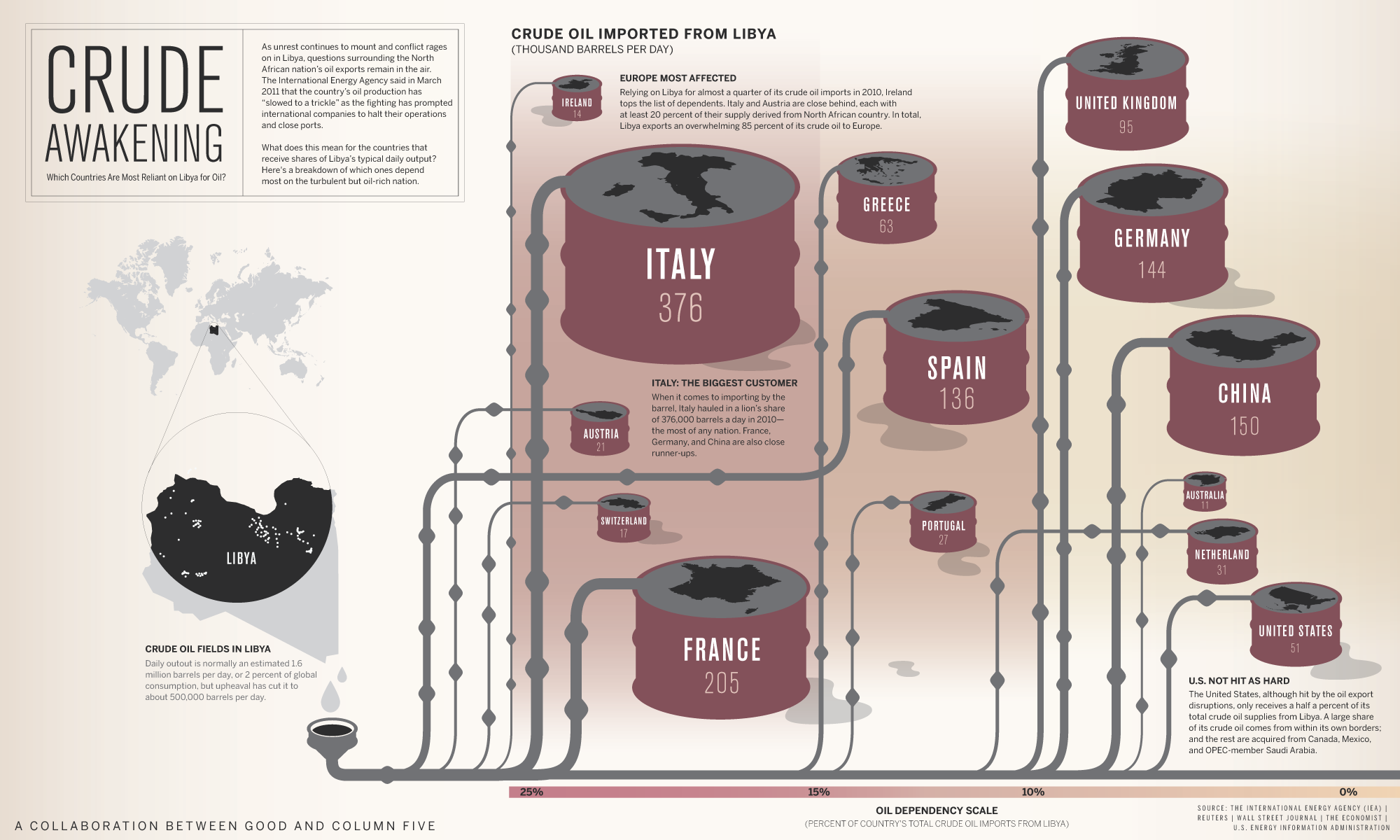