During our last office-wide Hack Day, we closed down shop for a day to work on a few C5 projects and experiment with creating some cool stuff—just because. Now we’re excited to share one of those projects with you. Check out Groove Glider, the first official Column Five video game. (Pro tip: You should turn your sound on now.)

Groove Glider is a side-scrolling space-shooter that is part game, part mixtape (tagline: In space, everyone can hear you groove). Fight aliens, get points, and feel free to space out (sorry, we couldn’t resist) on the symphonic sounds. Warning: It’s addicting.

To celebrate the release, we wanted to give you a little behind-the-scenes recap of how it came to be.

The C5 development team and other resident gamers have been looking for a reason to create a video game for a while now. Hack Day provided the perfect excuse, with a built-in time limit (an eight-hour workday) that provided a challenging but useful parameter to work within.

A game in just eight hours? Sounds unlikely. And, yeah, it was. After we started production and completely changed game engines, it turned into a three-day, all-weekend production (shoutout to pizza, Red Bull, Snickers, and Sour Patch Kids for pulling us through). Still, a game built from scratch in three days isn’t bad.

Groove Glider was born out of our time constraint. A simple side-scrolling shooter was the easiest things to bust out—with everyone working simultaneously—as a throwback to the simple arcade games we grew up on. The simple game mechanics, along with procedurally generated enemy waves, let us play with other elements to make it a little more funky. From the start, we decided the game would be set in space. Duh. 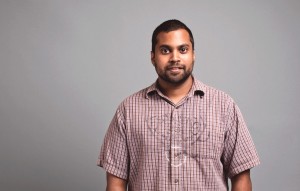 We used a cool palette for the background and warmer colors for anything that was involved directly in game play. Everything was abstract and simple so we could design quickly. 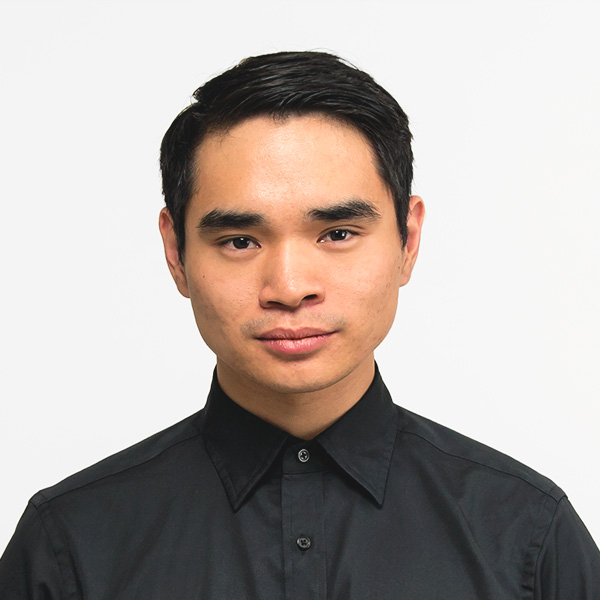 “We were going for that 8-bit style; you can see it in the creatures and other pieces.” 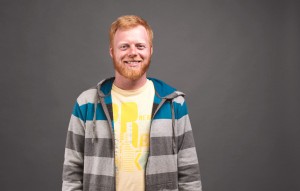 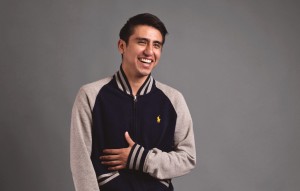 “We wanted the game to sound old style—lots of ‘80s synthesizers and drum machines. It was a Roland Juno 60 circa 1983 if you want to get hardcore. I layered the sounds—bass line, chords, beats, key notes—to reflect the actions so that the gameplay ends up sounding like a song. It was awesome to remember those games from when we were kids, and it was cool to get inspiration from the designers as we were building it.”

Gerson getting his groove on—sans sound. “We really dig music, so we thought about how to incorporate that into the game play—not just for fun but to enhance the actual game play. In Groove Glider, every laser you fire, every enemy you kill, every health you lose impacts the music. But the music also influences how you play the game. When you’re getting low on health, you hear the instrumental disappearing. If you want to keep grooving, you have to get back to winning. And when you are blasting tons of aliens, the music gets more exciting. In other words, all gameplay data is turned into sound. We learned that we love data sonification as much as visualization.”

Nick: “Hopefully this brings us one step closer to making Space Fighter/DJ a viable career path”

Check out Groove Glider, and let us know what you think.

Want more on creating great content marketing?
Of course, if you need a little help with your content, we’d love to chat. What’s a Creative Agency? How They Help & How to Find One